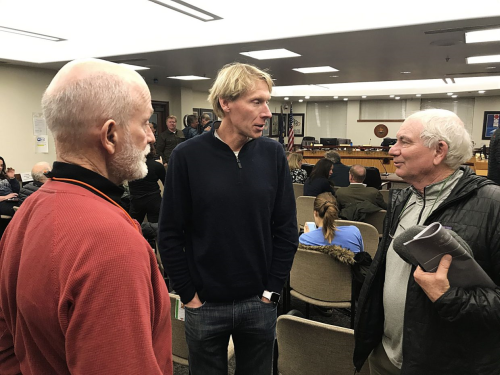 Park City leaders on Thursday night approved an agreement to acquire the Treasure land in a $64 million deal, a purchase that must now be put to voters to raise the eight-figure sum needed to finalize what would be, by a wide margin, the most expensive conservation purchase in the history of City Hall’s lauded open space program.

The Park City Council’s unanimous vote was anticipated. It was the elected officials themselves who negotiated the acquisition of the hotly disputed land. The nearly 105 acres are located on a hillside overlooking Old Town along the route of the Town Lift. The land is under the ownership of the Treasure partnership, consisting of the Sweeney family and a firm called Park City II, LLC. The Sweeney family was the historic owner of the land and later sold a 50 percent stake to Park City II, LLC, which is led by a businesswoman named Elizabeth Rad.

The City Council on Thursday approved a purchase and sale agreement as well as a settlement agreement, which addresses the steps that would occur should voters reject the ballot measure and the partnership returns to the Planning Commission to continue the discussions about the development proposal.

“This is what the bulk of the public wants,” Mayor Andy Beerman said just before the City Council cast the vote, to applause.