THINC Organizers Back The New Bond To Purchase Treasure Hill

Organizers of THINC, a Park City group that opposes the Treasure Hill development, have raised thousands of dollars for legal representation. They tell KPCW they’ll do everything they can to ensure the bond is passed in November.  Melissa Allison has more:

The opposition to the Treasure proposal has repeatedly called for City Hall and the developer to reach a conservation agreement that would eliminate the prospects of a project of any size on the high-profile hillside.

Park City officials on Wednesday did just that as they finalized a rapid round of negotiations resulting in a deal to acquire the Treasure land for $64 million. The agreement hinges on Park City voters in November approving a ballot measure that will be set at approximately $50 million, with the remaining sum expected to be raised from the City Hall budget.

The opposition quickly cheered the agreement as something that will benefit the entire community. The opposition has long argued that the impacts of Treasure if it is developed would stretch through Park City with traffic backups, years of construction and what project critics say would be a blight on a hillside overlooking Old Town along the route of the Town Lift.

“It’s been our dream, our vision, our hope,” said Brian Van Hecke, an Empire Avenue resident who was one of the founders of a Treasure opposition group called the Treasure Hill Impact Neighborhood Coalition.

Van Hecke expressed gratitude toward the Treasure partnership, consisting of the Sweeney family and a firm called Park City II, LLC, for its willingness to negotiate an agreement with City Hall. He also praised the efforts of a roster of Park City officials, including Mayor Andy Beerman and former Mayor Jack Thomas.

Van Hecke said a conservation deal for Treasure would trump City Hall’s acquisition of Bonanza Flat as the most critical land purchase in Park City’s renowned open space program. The Treasure land is centrally located while Bonanza Flat is remote, he argued.

For the reste of this article visit:

Park City Treasure deal fell by millions of dollars since 2011 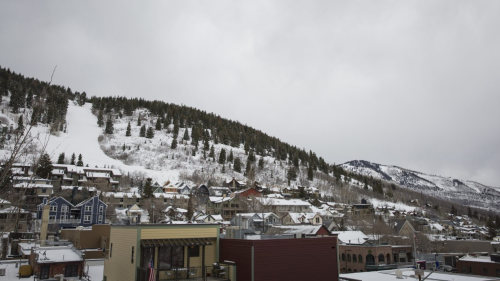 The price of Treasure has dropped sharply in seven years even as real estate prices have steadily risen in Park City during that time.

City Hall announced on Wednesday evening a deal had been reached to acquire the hillside acreage and attached development rights. Officials identified the $64 million price tag the next morning.

The $64 million sum will be widely debated in coming months if Mayor Andy Beerman and the Park City Council agree to pursue the acquisition, something that is a near certainty since it is the elected officials who negotiated the agreement. A ballot measure expected to be set at approximately $50 million or less would be put to voters in November while the remaining multimillion-dollar gap would be funded through other means, including shifting $6 million earmarked to build a plaza in the Brew Pub lot to the Treasure deal.

The $64 million would be, by a wide margin, Park City’s most expensive conservation deal. The $38 million acquisition of Bonanza Flat, finalized in 2017, currently holds that mark. Moreover, an approximately $50 million ballot measure to fund a Treasure deal would set a Park City record as the largest-ever conservation bond, also by a wide margin. The current high, $25 million, was approved by voters in 2016 to put toward a Bonanza Flat deal.

For the rest of this article visit:

Park City Mayor Andy Beerman discusses the news that came out last night that the city is negotiating a total buy-down of the Treasure Hill project.

Park City Mayor Andy Beerman would agree that life can certainly turn on a dime. Wednesday morning the city got a call from the Treasure Hill land owners saying they had an offer the city wouldn’t want to miss – a 100 percent buy down of density. That means no roads, no houses and no boutique hotel – just 100 percent open space. KPCW’s Melissa Allison has more.

City Hall on Wednesday evening said late-hour negotiations are underway with the Treasure partnership in an effort to reach an agreement to acquire all the development rights attached to the hillside land.

It is another dramatic moment in the long-running discussions about the project. The announcement was made just before the Park City Planning Commission was scheduled to address the controversial project.

Mayor Andy Beerman declined to discuss details about the price.

City Hall had been in negotiations involving acquiring a 50 percent stake in Treasure for $30 million, with $24 million of that sum needed through a ballot measure.

That deal was reached with the Sweeney family, the traditional owner of the land. The Sweeney family’s partner in the Treasure land, a firm called Park City II, LLC, would have retained its stake under that scenario and pursued a reimagined, scaled-back project.

PARK CITY, UT— Park City Municipal Corporation and the owners of the Treasure Hill Project are negotiating an agreement to purchase 100 percent of the Treasure Hill Project to permanently preserve the hillside as open space and prevent any future commercial or residential development. The parties have an agreement in principle to provide a final purchase agreement and sale price for City Council and community consideration at their regularly scheduled City Council meeting on Thursday, February 1, 2018.

The proposed buyout would consist of the City purchasing the entire project, ending decades of community uncertainty. The purchase would be contingent upon a voter approved general obligation bond to be placed on the November 2018 ballot.

“Despite the best efforts of City staff, Planning Commission, and our technical experts, we were unable to meet the specificity and certainty that the public and City were requesting of our partnership,” said property owner Elizabeth Rad. “Though we remain committed to returning to our project proposal if this 100-percent buyout attempt fails, we have reluctantly come to the table with something the community has long sought and, to be fair, we have resisted – a full buyout of our development.”

Mayor Andy Beerman states: “Ultimately, my goal has always been to put the entire property into an open space conservation easement to prevent development and protect Old Town. Once and for all, we may have a chance to resolve decades of community anxiety and angst. I am excited the Treasure Hill partnership has finally accepted our request to present a full buyout of Treasure Hill. I want to thank the public, Planning Commission, staff, and the media for their persistence and participation.”

The City had already suspended the Main Street Plaza project and is currently reevaluating other ways to reduce the ultimate bond amount for voters to approve. In addition, the City will consider additional capital projects and other expenditures that can be deferred in order to reduce the amount of the bond.

Further details will be announced as soon as they are available and provided at the February 1, 2018, City Council Meeting at 6:00 pm at the Park City, City Hall. 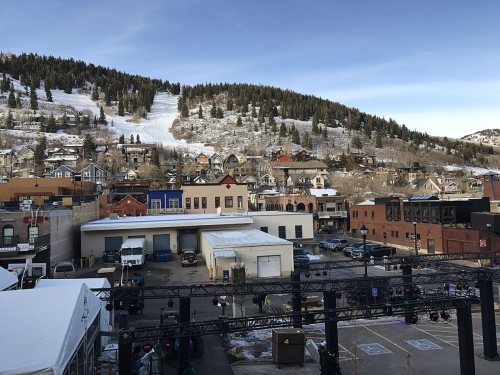 The Park City Planning Commission on Wednesday night swiveled a spotlight toward the Sundance Film Festival as the panel, meeting a day before the festival opened, continued to discuss the Treasure development proposal but indicated more talks are desired next week.

The Planning Commission signaled it wants to meet again on Wednesday to address Treasure, a meeting that will take place as the festival continues. Traffic is normally bad during Sundance, and there are significant restrictions on parking in the vicinity of the Marsac Building for the festival. There was concern about the public’s opportunity to attend a meeting on Wednesday amid the Sundance hubbub.

The Planning Commissioners briefly considered perhaps receiving a written report next week from City Hall staffers in place of a meeting, but opted to gather instead. The panel members said they need information about Treasure that could be presented at a meeting on Wednesday as they prepare for a vote on a reimagined Treasure proposal shortly. It appears the Planning Commission will also meet about Treasure on Jan. 30, after the festival closes, depending on whether there are enough members available to hold a meeting and the availability of Mayor Andy Beerman to attend.

For the rest of the article please see the link below:

The proposed Treasure Hill project settlement agreement is on the calendar again this week, with the Park City Planning Commission considering it at a special Wednesday meeting.  Rick Brough caught up with Mayor Andy Beerman for a status report: