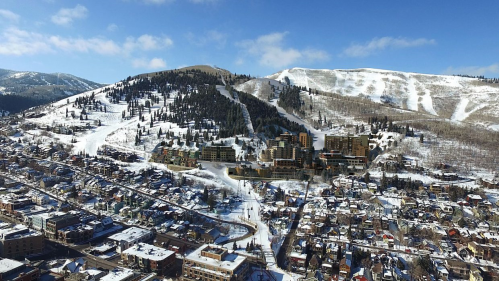 Park City leaders on Wednesday evening added even more drama to the long-running discussions about Treasure when it was announced that a late-hour effort is underway to reach some sort of deal, perhaps a conservation agreement, involving the land.

Mayor Jack Thomas and Park City Councilor Andy Beerman, who is the mayor-elect, appeared before the Park City Planning Commission to inform the panel that talks have been underway privately.

It is not known whether an agreement will be reached, but City Hall will continue to consider Treasure as if a vote is fast approaching, perhaps by the end of the year if an accord is not finalized. A Park City Planning Commission vote on Treasure would be the most notable development decision made at City Hall since the project now known as Empire Pass was approved nearly 20 years ago.

But a Treasure vote by the Planning Commission would almost certainly not end the talks about the project, which is proposed on a hillside overlooking Old Town along the route of the Town Lift. A vote instead would be expected to trigger an unorthodox appeal process.

For the rest of this article please visit: