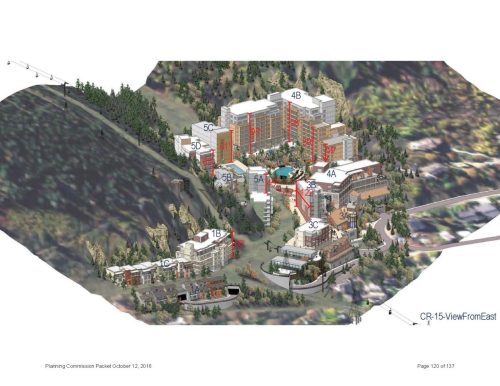 The Treasure development partnership on Wednesday received another round of criticism, continuing what has been broad opposition to the disputed hillside project and leaving the partnership with, it seems, little support on the Park City Planning Commission.

The Planning Commission is likely months away from casting a vote on Treasure, but the meeting on Wednesday again highlighted deep-rooted concerns by panelists as well as people who live on nearby streets. The Planning Commission since the summer has held monthly discussions and hearings about Treasure, signaling repeatedly they have concerns about issues like the project design and the square-footage numbers. The panel continues to address those issues and will likely have additional trouble once they move onto other topics like the traffic Treasure is anticipated to draw.

The meeting on Wednesday, held at the Santy Auditorium at the Park City Library, drew a smaller crowd than other Planning Commission meetings that dealt with Treasure. The crowd appeared to be largely in opposition to the project, as has been the case at previous meetings.