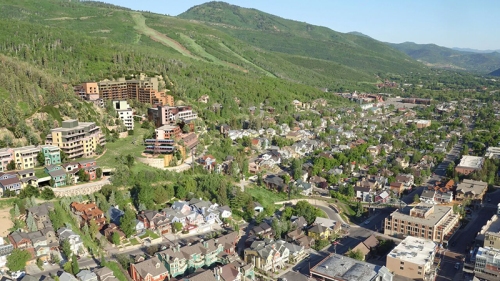 Developers claim blasts would not rattle the neighborhood

by Jay Hamburger
THE PARK RECORD

The Park City Planning Commission on Wednesday is poised to continue its long-running discussions about the Treasure development proposal.

And it could be an explosive meeting.

The Planning Commission and the Treasure partnership are slated to discuss several issues that have not received widespread publicity in the decade-plus of the talks about the project.

One of the topics that will almost certainly draw attention at the meeting on Wednesday are the plans for a large excavation that is needed before Treasure can be developed. The Treasure partnership, consisting of the Sweeney family and a firm called Park City II, LLC, is expected to outline plans to possibly use explosives during the excavation work.

Explosives are oftentimes used during earth removal as a parcel is excavated, and the prospects of the Treasure developers employing them will likely not be a surprise to figures from the construction or development industries who are following Treasure.

But the Treasure location, on a hillside overlooking Old Town just off streets like Lowell Avenue and Empire Avenue, will complicate matters regarding the explosives. The Treasure opposition has regularly mentioned concerns about the process of construction, but there have been few opportunities for the Treasure side and the opposition, led by a group called the Treasure Hill Impact Neighborhood Coalition, to address the issue in any depth. The meeting on Wednesday could stress a new set of issues after months of emphasis on broader topics like square footage and traffic.

One response to “Treasure outlines possibility of excavation by explosives”